Activities of the James F. Byrnes Foundation are under the direction of a 13-member
Board of Directors made up entirely of Byrnes Scholars. The Directors are: 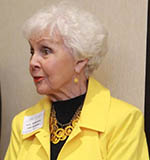 Lois Hatfield Anderson received her James F. Byrnes Scholarship in 1950. Lois has served as a JFBF director since 1980, and has held the position of Chairman, as well as other officer roles. Lois recently retired from the board and was named Chairman Emeritus. She is a native of Bishopville, SC, and attended Coker College. She graduated with a major in biology, and taught biology, chemistry, physics and French. Lois could be given the title of professional volunteer. She lives in Columbia, (actually Hopkins), and is active in garden club, music club, book club, Family Community Leaders Club, Woodmen of the World, and Garden City Chapel, where she serves as a trustee. She is active at her alma mater and is former Chairman of the Board of Trustees at Coker. She teaches Sunday school and is very involved with many aspects of the church at Shandon Baptist Church. Lois loves to sing and enjoys telling stories of how her family sang on the front porch as she was growing up. Lois recorded tapes for the visually impaired for over twenty years. Lois takes care of many of the daily activities of a rental business which she and her daughter, Electa Anderson Small, own together. Prior to his death in 2002, Lois was married to Charles D. Anderson, Jr., for 48 years. 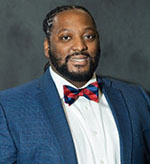 Edward ‘Ty’ Collier, a 2004 James F. Byrnes Scholar graduated from the University of South Carolina - Columbia in 2008. He continued his studies at the University of South Carolina graduating with a Doctor of Physical Therapy degree in 2011 and a Masters in Business Administration degree with a concentration in Marketing in 2018. Ty has been active with the foundation since receiving his scholarship and joined the Foundation Board in the Fall of 2022. He currently works as a Director at Encompass Health Rehabilitation Hospital of Columbia. He currently lives in Columbia, SC and is married to Ever, and they have two children, Ethan and Eden. Ty is an active member of Bethlehem Baptist Church (College Place) in Columbia. 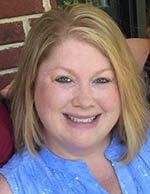 Kim Rabon Hatcher, 1992 Scholar, graduated from the University of South Carolina with a Bachelor’s of Science in Nursing. She continued her studies at the USC School of Medicine, where she obtained a Masters in Nurse Anesthesia. She currently lives in Lexington, SC and works as a nurse anesthetist with MedStream Anesthesia and Prisma Health. Kim has been active with the foundation since receiving her scholarship and has served on the Byrnes Scholars Board several times. She is married to Charles, and they have two children, Ethan and Avery, who also enjoy being a part of the Byrnes Family. 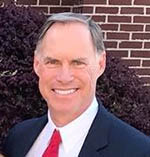 Earle Jenning "Jay" Hayes, 1982 Scholar, graduated from the University of South Carolina in 1986 with a Bachelor of Science degree in engineering. He currently works for Shakespeare Company as a Senior Process Engineer. He has been active with the Byrnes Foundation since receiving his scholarship and has served on the Scholars Board, received the Jake Salley Service Award and is the “Games Facilitator” for Friday night games at Super Weekends for over ten years. Jay also serves as a board member of the Lake Murray Titans Baseball Organization. Jay and his wife Tonya live in Irmo, SC, and are active in Riverland Hills Baptist church where both teach and where Jay serves in the Music Ministry and a Deacon. Jay and Tonya are the parents of two sons, Bryson and Garrett. 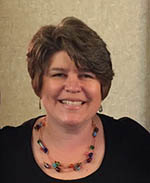 Kristine LaSalle Hobbs, 1989 scholar, graduated from Furman University with a Bachelor of Arts degree in Psychology. She graduated in 1996 from the University of South Carolina with a Master of Social Work degree. She has worked as a social worker since the summer of 1996. She currently works for the SC Department of Health and Human Services as the Director of Initiatives. Her favorite job is motherhood. She and her husband Bill have two sons; Will and Luke, and enjoys many Byrnes Scholars as if they were theirs also. She joined the James F. Byrnes Board of Directors in 2003. Kristine and Bill live in Lexington, SC.

Deaver "Dee" McCraw is a 1978 scholar and has served on the Byrnes Foundation board since 1988. He has also served on the Byrnes Scholars board. He received the Jake Sally service award in 1992. Dee graduated from Furman University in 1982 with a degree in Computer Science and Mathematics. He is married to Ruthie McCraw and they live in Powdersville. They have a son, Daiten, daughter Cameron Lenz, and 3 awesome grandchildren. Dee is the President of McCraw Corporation, an information services and technology company. He also serves as an Elder at Mount Moriah Baptist Church in Powdersville, SC. 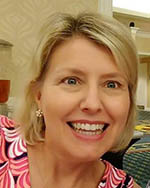 Pamela Galloway McElveen, a 1984 Scholar, graduated from Columbia College in 1987 with a Bachelor’s degree in English. She has been active with the Byrnes Foundation since receiving her scholarship. She began her service on the Foundation Board in 2002 and has served as Vice President and Secretary. Pam and her husband, Dennis, live in Murrells Inlet, SC. They have a son, Will, daughter-in-law, Johni, and son, Drew, and daughter-in-law, Emilee, and two grandchildren, Lynlee Kate and Reid. Pam spends her time working in the family real estate business, Garden City Realty, and helping care for her grandchildren.

Carrie Fletcher Pergerson is a 1992 Byrnes Scholar who grew up in Seneca, SC. She graduated from the College of Charleston with a Bachelor of Arts in Corporate Communications. She has served on the Board since 2015, currently serves as Vice-Chairman, and runs the Maude’s Angels Network program. Carrie is the Transaction Manager for HINGE Advisors, an early education business transaction firm located in downtown Greenville, SC, and prior to that was Vice-President and Broker for a Charleston-based insurance firm specializing in employee benefits. Carrie resides in Simpsonville, SC with her husband Kevin, children Emma Jean and Sam (oldest Allie resides in Clemson), and also with their Golden Retriever Mae, rescue bunny Oscar and bearded dragon Rex. Carrie is passionate about volunteering and most importantly, time invested in and with her Byrnes family.

Daltrum H. "Dal" Poston is a retired utility and construction executive. He previously served as President, N.G. Gilbert Corporation, Vice President of Smart Grid and Vice President of Central Operations for Duke Energy’s U.S. Franchised Electric and Gas organization. The Kingstree, S.C., native earned a Bachelor of Science degree in Electrical Engineering from Clemson University in Clemson, S.C., and a Master of Business Administration degree from Queens University in Charlotte, N.C. Poston is a registered professional engineer in South Carolina. He is a 1974 scholar and Past Chairman of the Byrnes Foundation. He is a past member of the board of directors of the National Association of Energy Services Companies, past chairman of the Southeastern Electric Exchange Engineering and Operations committee, past member of Clemson University Electrical engineering Board of Advocates, and a past president of the Newton-Conover Rotary Club. Poston and his wife, the former Jane Courtney, have one son Jacob and a daughter-in-law Amy. They reside in Seneca S.C..

Rory Priester, M.D., is a 1994 Byrnes Scholar who grew up in Hampton County, South Carolina. He is a graduate of the South Carolina Governor’s School for Science and Mathematics. He received a Bachelor of Arts degree in Biology and Biomedical Ethics from Brown University and a Doctorate of Medicine from Brown Medical School (currently the Warren Alpert Medical School of Brown University). After completing post-graduate training in internal medicine and cardiology, he joined a large national health care organization and is a practicing cardiologist. He resides in Atlanta, Georgia with his wife, Nancy, and daughters, Sage and Isabel. 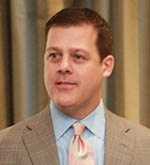 James Rhodes is a 1993 Byrnes Scholar who grew up in Laurens, SC. He graduated from Wake Forest University with a Bachelor of Science in Analytical Finance and Accountancy. He has been active with the foundation since receiving his scholarship and previously served on the Byrnes Scholars board. He has been on the Foundation Board since 2008 and serves as Treasurer. James lives in Charlotte, NC and is in banking, working with private equity firms, family offices, and middle market corporate clients. He also serves as President of the Charlotte Outdoor Alliance. He enjoys all things outdoors from backpacking and rock climbing to skiing and mountain biking.

Ryan Sneed, a 1995 Scholar, graduated from the University of South Carolina in 1999 with a Bachelor of Arts degree in History with a minor in Business Administration. He currently works for the South Carolina Department of Revenue and manages the Department’s District Office in Greenville, South Carolina. He has been active with the Byrnes Foundation since receiving his scholarship and has served on the Scholars Board. Ryan and his wife, Lisa, currently live in Hendersonville, NC.

Roxann Wrightson is a 1980 scholar and a 1985 graduate of Columbia College earning a Bachelor of Arts degree in English with a Communications background from the University of Hawaii at Manoa. She is employed by Heritage Home of Florence as Administrative Assistant. She has been active with the Byrnes Foundation since receiving her scholarship and has served on the Scholars Board. Roxann lives in Florence and attends NewSpring Church. Other than her family and the Foundation, her passions include photography, dance, and the beach. She has two daughters, Savannah Rae Poston & Lindsey O’Cain Corbin who have grown up in the Byrnes Family; son-in-law, Matthew Corbin; and twin granddaughters, Logan Amelia & Natalie Grace Corbin.