The Purpose Of The Byrnes Scholars

The Byrnes Scholars organization is made up of present and former recipients of The James F. Byrnes Foundation Scholarships. It is separate from, but an auxiliary to, The Foundation.

The Byrnes Scholars was formed to:

Dues are required only to meet necessary administrative expenses, and all funds in excess of the needs of the normal function of The Byrnes Scholars are paid to The James F. Byrnes Foundation for the continuation of the Foundation and its functions. 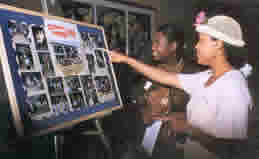 Membership in The Byrnes Scholars is of two types as follows:

The Board of Directors And Officers

The business and property of The Byrnes Scholars is managed by a Board of Directors consisting of seven members and the Officers. The Board of Directors, including a student representative, is elected by the members at the annual meeting (the June luncheon). Directors serve a term of two years, except for the student representative who serves a one-year term. The President, Vice-President and Past President serve for six years total, two years in each position.

Terms of office are staggered so that three Directors and a student representative are elected each year.

Current Officers of The Byrnes Scholars are:

Current Directors of The Byrnes Scholars are: